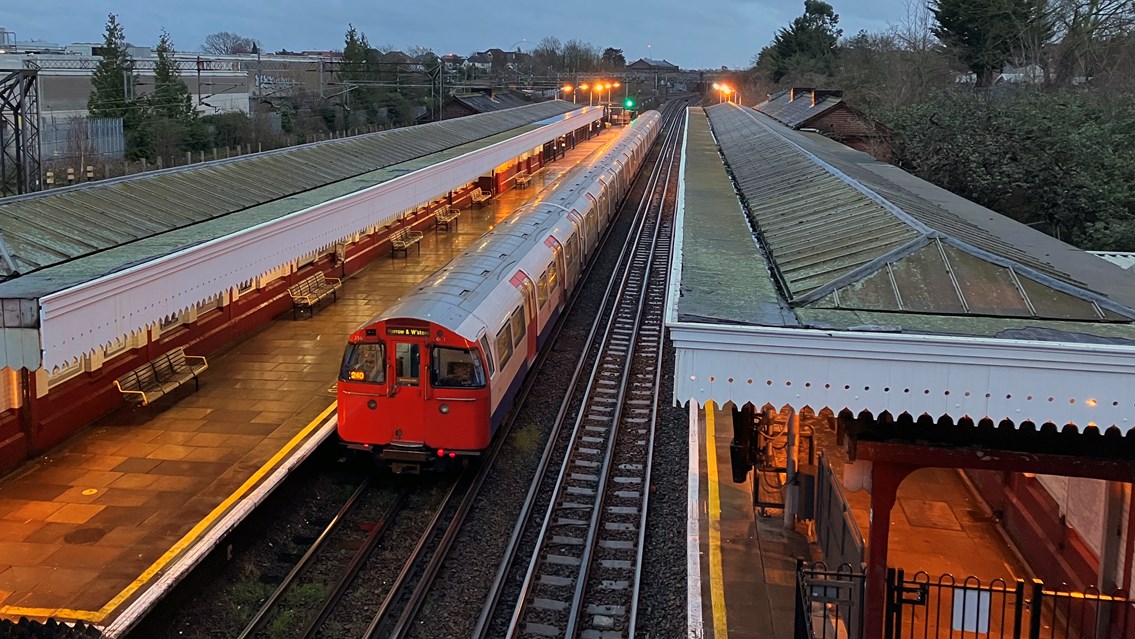 Passengers are now benefiting from major improvements to the Bakerloo line and London Overground between London Euston and Watford Junction.

Network Rail engineers worked over seven days in the run up to Christmas to overhaul track and equipment on a 20-mile stretch of railway and upgrade five stations in north London.

On the track itself the investment saw:

The track work will bring improved journey reliability while the spruced-up stations will make travelling a more pleasurable and safer experience for passengers.

The full closure meant maintenance teams could carry out multiple complex projects at once which would otherwise have taken years of weekend or overnight working.

For instance, 7-8 years of midweek overnight shifts would have been needed to get the sleepers replaced.

For the 10km of new signalling cable, it’s estimated 10 years of work was condensed into the seven-day-closure, saving both time and taxpayers’ money.

James Dean, Network Rail’s West Coast South route director, said: “We’re really grateful to passengers for their patience while we closed the railway just before Christmas so we could carry out these essential projects.

“It enabled us to bring sections of track right into the 21st century with new equipment which is much more reliable and robust. We were also able to transform five stations making them cleaner and brighter – I hope people enjoy using them much more as a result. Next month we’ll be returning to carry out even more work to improve the Bakerloo line and London Overground for the future.”

Rory O’Neill, TfL’s general manager for London Overground, said: “We would like to thank customers for their patience while Network Rail made these vital infrastructure improvements designed to increase train reliability and customer comfort.  Our goal is always to provide our customers with the safest and most reliable service possible, and these Network Rail improvements will help to ensure we can do just that.”

Between Saturday 11 and Sunday 19 February the same stretch of railway will be closed for similar essential improvements to remaining stations, track and line side equipment, including 5,000 more sleepers being replaced.

The scale of the work means the Bakerloo line between Queen’s Park and Harrow & Wealdstone and the London Overground between Euston and Watford Junction will once again be closed.

Over the nine-day closure, Transport for London passengers affected by the upgrades can complete their journeys by using alternative rail lines, existing or temporary bus routes*.

Passengers are being advised to plan ahead by checking www.nationalrail.co.uk, www.tfl.gov.uk or the Transport for London (TfL) Go app.

Once complete these improvements will help tackle flooding and reduce the number of power and signal failures which often lead to train cancellations, helping provide confidence when using London Overground and Bakerloo line services.