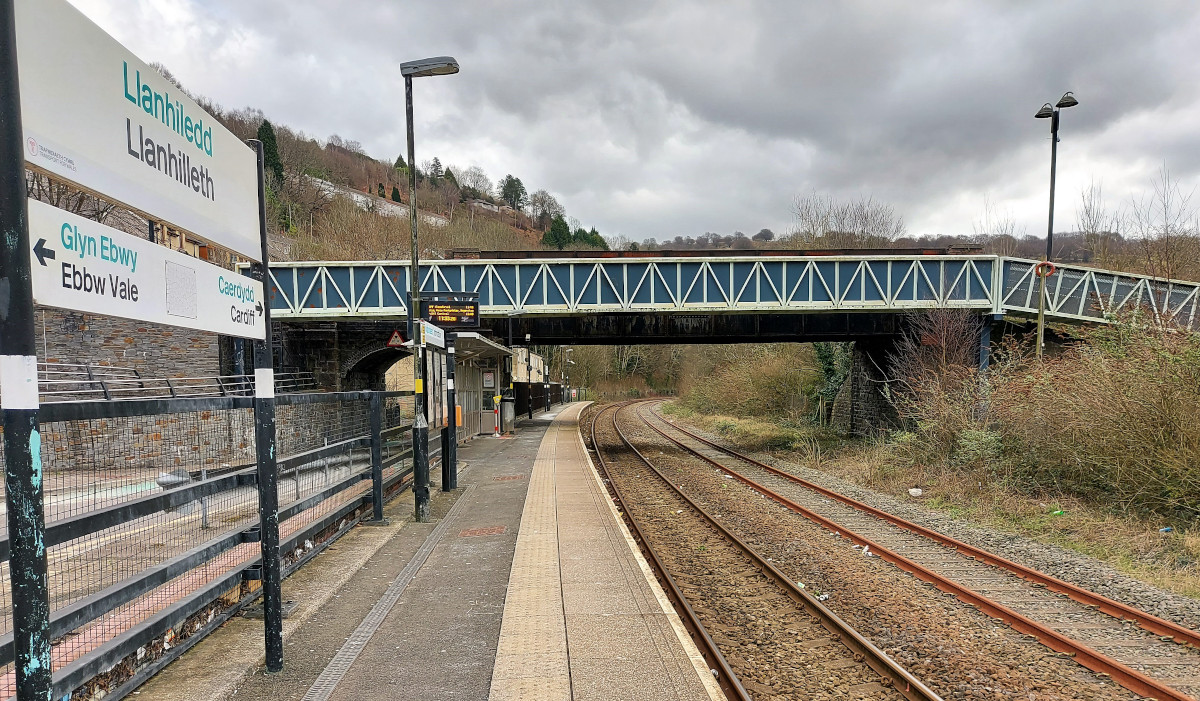 Funded by Blaenau Gwent County Borough Council, supported by a loan from the Welsh Government, the £70m investment includes extending the existing platforms and building brand new platforms at Newbridge and Llanhilleth stations – and the installation of a fully accessible footbridge with lifts at Llanhilleth station.

Over the coming weeks, site compounds and working areas will be cordoned off at both stations on the Ebbw Vale branch line, ahead of major work taking place in October.

Materials, machinery, cabins and welfare facilities will be brought to the compound areas, in preparation for major construction work to begin at both stations in October.

Nick Millington, Interim Route Director for Network Rail Wales, said: “I’m delighted this project to increase trains on the Ebbw Vale line for the communities it serves has reached this key milestone.

“An additional hourly service to Newport will open up a wealth of opportunities for communities on this route while providing easier, low carbon, access to other large cities on the south Wales mainline.

“We know there’ll be some disruption as we safely deliver this work so I’d like to thank the local communities and passengers in advance for bearing with us.”

“We’ll be able to run more frequent services, including direct services between Ebbw Vale and Newport when the work is complete as part of our wider programme to transform the Wales and Borders network.

“While the work is taking place we advise passengers to check our new website, our recently-updated app or the TfW social media channels for the latest travel information.”

Councillor Jamie Pritchard, Deputy Leader and Cabinet Member for Prosperity, Regeneration and Climate Change said: “We welcome this major investment and improvements which will help support our Lower Ebbw and Sirhowy Valleys Masterplan – which sets out the future development and regeneration opportunities to promote communities, strengthen the economy, improve sustainable transport, and improve the quality of life for residents.

“Network Rail is holding a drop-in event at Newbridge Memo on Thursday August 11, between 3.30pm and 6.30pm. I encourage residents and local business to come along and find out more about the project and the impact on Newbridge and ask any questions you may have.”

Councillor John Morgan, Executive Member Place and Regeneration at Blaenau Gwent County Borough Council said: “This is positive news that sees plans progress with our partners in Welsh Government, Network Rail and Transport for Wales to enhance the Ebbw Valley rail link – which remains a high priority for the Council.

“Blaenau Gwent welcomes the investment to dual the line in the Ebbw Valley to increase the frequency of services to Newport and the work to upgrade Llanhilleth railway station. This will improve opportunities for inward investment and access to employment both within and outside of the local area that is seen as a primary driver within the context of the wider Cardiff Capital Region City Deal offer and the development of the Metro.”

Between 22 and 30 October, Network Rail will have unrestricted access to the Ebbw Vale line and will be working during the day and overnight. Buses will replace trains throughout this period.

During this nine-day period in October, engineers will also replace the rail bridge over Bridge Street in Newbridge. To ensure the safety of staff and the public, the road will be closed to vehicles and pedestrians and a fully signposted diversionary route will be in place.